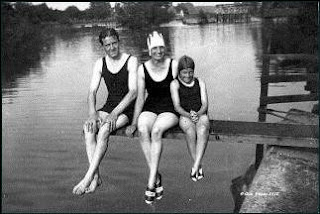 There has been an open air pool in Abingdon since the 1880s. The first was a simple bathing place on the island between the weirs, and records show that the head bathing attendant was paid 19/6d per week – plus 5% commission on the sale of tickets ‑ per week.

Later, the attendant was also responsible for running a chain ferry across the Thames. Swimmers could take the ferry across to the island, where there was a bathing platform and a row of wooden changing rooms. In the late 1940s the original bathing place fell into disuse and a bay near the site of the current pool was fenced off for swimming.

The present pool was dug in the 1950s. Initially it was a cold water pool (it was not heated until the 1970s) but despite this, it was used by town schools for children’s swimming lessons until 1976, when the Old Gaol leisure centre opened.

History of the pool

Memories of the old days

What we do and how to join us